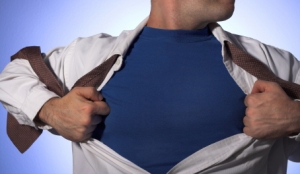 Courage is a virtue...

Wendell Berry said in The Unsettling of America that “the environmental crisis is a crisis of character” (thanks Aaron James, for the reference). That idea reminded me of a lecture I heard given by N.T. Wright, talking about the nature of virtues (at last year’s Intervarsity “Following Christ” Conference, audio files available) . As a prelude to talking about the Christian notion of virtue, he talked about the classical notion. It’s an important idea for the tasks of environmental stewardship, decisionmaking, and action, because we so often drift into following rules, or “getting in touch with our hearts”–weak and unreliable methods for getting to right actions. Wright began by talking about the virtue of courage:

Take one of the classical virtues, namely, courage. What does courage consist of? Some might imagine that courage, if you’re going in to battle, say, consists in taking a very large swig of a very strong drink and then charging off into battle waving your sword around you, yelling some awful war cry and hoping for the best. That’s not courage in any kind of classical virtue sense.

Courage as a virtue, is what happens when you take a thousand small decisions over a period of time, consciously to place the safety and security of someone else ahead of your own safety and security, so that on the thousand-and-first occasion, when suddently a real crisis or danger appears you act in that way as though by instinct.

It isn’t instinct–we humans are self-preserving animals–but if you train yourself by conscious mental and moral effort to practice in the little things the virtue you know you ought to be developing it can become second nature–second instinct, if you like. Virtue is a matter of acquiring habits the way you acquire tastes, by sustained practice.

Seen like this, the moral life is not a matter simply of learning and remembering rules. Rules can help while you’re on the way, they may well point in the right direction, we are foolish to ignore them, but we need to practice the virtues which will enable us to keep them by transcending them.

Nor is it a matter of being true to whatever impulses you find within yourself–it’s more like learning a language, practicing it so that eventually you can go to the country and speak it like a native. It takes time, there is vocabulary to learn, there are irregular verbs to master, there are nuances and metaphors and emphases that make a living language the lovely but difficult thing it is. You’ll often get it wrong, but it is worth persevering for the goal-the telos–of what lies ahead.

Or you might think of it like learning a musical instrument: you have to master the basic technique, the angle of the bow on the cello, the position of the shoulders for the brass player. You have to practice scales and arpeggios not so that you can go on stage and play scales and arpeggios, but so that when you are suddenly faced with a complex sheet of music, you will know, as though instinctively, but in fact by second nature, by force of habit, what to do. It will seem to happen automatically, but that automatic behavior will be the result of practicing things which certainly didn’t feel automatic at the time. Now that’s how virtue ethics works.

Knowing that, the thing that we can’t do is simply experience a “conversion” to the project of creation care–an awakening to the need to exercise environmental stewardship–and expect that we are equipped to respond to the “environmental crisis”. That’s true for the Christian church as much as it is true for any individual. We don’t automatically have the skills, the virtue, to act courageously or prudently or justly when faced with environmental issues. Neither do we, as a Christian community, possess the automatic ability to distinguish between sound and unsound environmental claims. Those virtues and abilities, like a foreign language or musicianship, must be cultivated. And that takes time.

Having ignored environmental issues for so long, we may wish we could simply look up some Bible texts, or trust our hearts,  to determine what to do–how to steward the earth well. We can’t. We wind up aping the ideologies and practices of the left and the right, without much to contribute ourselves, being either uncritically accepting or unreasonably dismissive of claims of environmental crisis. The way to learn a virtuous approach to creation care, is to begin with small, repeated, steps of faithfulness, knowing that we will make mistakes, but concerned more to develop a virtuous character than to “follow rules” or “follow our hearts”.

In the end, we will find that sometimes it will be right to act swiftly, sometimes to wait and learn more, sometimes to make peace. But we can’t discern that by being thrown in the deep end of a cultural debate we’ve ignored until now, simply “choosing sides” without training in interpreting both special and general revelation (more on that in another post).

The classic virtues are prudence, justice, courage, and temperance. The “theological” virtues are faith, hope, and love. I’ll be covering some of these ideas in more depth in the future. But for now, which virtues do you think will help us be better stewards? How can we cultivate them?

4 thoughts on “Environmental Stewardship and Virtue”

This site uses Akismet to reduce spam. Learn how your comment data is processed.

What are you looking for?